The first time I went to California I hated it. I don’t know why, I just did. On the surface California had everything I loved: beaches, otters, National Parks, diverse cultures, art scene, hippies, liberals, Mexican food, and a landscape ranging from surfer ready beaches to sprawling metropolises and imposing mountain ranges. Despite checking all of those boxes, however, when I first traveled to California at fourteen-years-old I thought it was blegh. I was tagging along on my mother’s business trip. We started in Pasadena, hit the typical Los Angeles and Hollywood spots, and drove along Highway 1. California was in the midst of “June Gloom,” and therefore colder than you’d expect for the beginning of the summer. I bought a hoodie at the boardwalk on Venice Beach and thought, “This coast sucks. The east coast is so much better.”

I returned to California fifteen years later. It was the first Thanksgiving after my father’s death. Neither Mum nor I wanted to celebrate the holiday at our home in Georgia, where Dad’s missing presence would feel like a too-tight turtleneck. Mum and Dad had met in California, and she wanted to visit their old stomping grounds and see some old friends. I agreed just to make her happy.

We started in Los Angeles and then drove to Morro Bay, Malibu, Ojai, Santa Barbara, and San Diego. As you do, we ate fabulous Mexican food, saw elephant seals, and I spent about five combined hours watching otters float and swim in the ocean (did I mention I really like otters?). On the fourth night I called my boyfriend from Santa Barbara. Like me, he also didn’t like California, but unlike me he had/has never actually been to California. I told him that we were completely wrong about the state. California is awesome!

“It’s too vegan and people with hybrid cars.”

“Just try it,” I said. “We should take a trip out here. There was a giant Trump sign spinning above a Kia dealership in LA. There are uber liberals and uber conservatives out here. It’s like something for everyone!”

“The gun laws are some of the most restrictive in the country.”

Guns were something my ex and I could never agree upon. He believed you should have guns upon guns upon guns. As of last year he had four or five guns (he lied about purchasing the last gun in an attempt to rile me up–what a charmer!).

So that’s yet another win for California: restrictive gun laws!

By the end of that Thanksgiving trip, I was in love with California. The coast, the cities, the diversity, the food–I understood why it was the most populous state in the U.S.

Pictures from the Thanksgiving trip to California. Why did I hate this state? 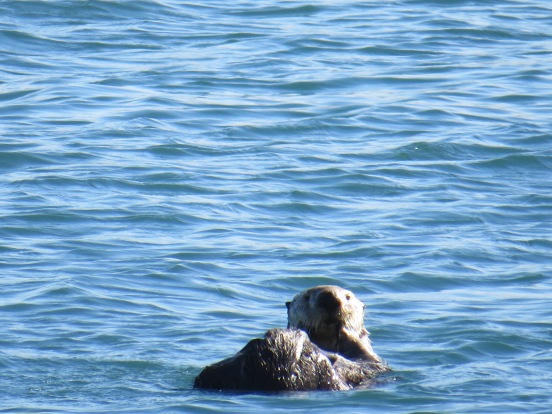 This past December, Mum and I once again flew to California to spend a holiday. Now that I’m living in Bangkok and Mum is still in GA, we decided to meet halfway for Christmas. Somehow, California was deemed “halfway”: a twenty-nine hour journey for me, a five hour flight for her. Tooooooootally halfway.

Once again, I fell in love with California. This time we headed north up to Sequoia National Park and Yosemite. I love National Parks and I knew Yosemite would be great, but its beauty still amazed me. However, what really got me were the giant sequoia trees. As we drove around the snowy, unsalted roads, I kept swerving to the side because I was too busy staring up at the trees the way I would a skyscraper. These trees are just massive. Beyond massive. I learned that the most common reason a sequoia falls down is its size: it simply gets too big for itself and then BOOM! You know that saying, If a tree falls in a forest and no one is around to hear it, does it make a sound? I am confident that a sequoia makes a sound, and I am confident that someone hears it even if they are not nearby.

I grew up a staunch east coaster. I love the Atlantic Ocean, the I-95 drive, and all that the EC has to offer. I liked visiting the western U.S., but never had any desire to move there. “If I end up in the U.S.,” I always told people, “I’ll either be in Chicago or somewhere on the east coast.” While I still think I’ll eventually settle in Chicago one day, California has made it onto the list of Places I Want to Live. Will I be able to afford it? Probably not. I’ll get a fancy box or maybe I’ll just live in a car because what artist can actually afford to live and eat in California?

However, I think struggling to make it in CA would be worth it. Between having places like San Francisco, San Diego, Yosemite, Joshua Tree, and Big Sur at your disposal, how could you ever be board? And then you have the Pacific Ocean, countless arts and cultural things to do, and, hell, if you’re a gun nut, I am positive you can find a shooting range and you can shoot your bloody heart out. California, after all, is not just “full of hippies.” It’s full of almost every type of person you can think of as far as race, ethnicity, sexual orientation, social class, education status, religion, etc.

For me, California is like the movie Love Actually. The first time I saw Love Actually I hated it. On the surface it had everything I loved: dry British humour, Hugh Grant dancing, Colin Firth in a wet shirt, music, and London. It checked all the boxes on Georgia’s Best Movie Ever list. Instead, Bill Nighy annoyed me, I found the Portuguese girl flat, I didn’t understand why Keira Knightley kissed her husband’s best friend, and the woman everyone kept calling fat was not fat. Then, for some reason, I watched Love Actually a second time and LOVED. IT. Bill Nighy? Hilarious! Keira Knightley? Still an odd choice, but it was just a kiss and maybe there wasn’t tongue. The Portuguese girl? Lovely. The “fat” chick? Still not fucking fat.

California was the same way. The first time, I hated it. I don’t know why. Maybe it was because I was unexpectedly cold. Maybe it was my first time being forced to explore solo while my mum sat in meetings. Maybe I was PMSing. Who knows. But the second go-around in Cali? And the third? Love. Love, love, love! 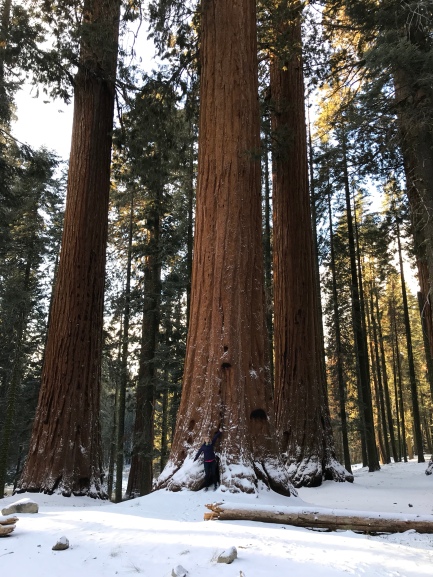